A fox is a wolf who sends flowers. — Ruth Brown

Celeste Aoibheann Summers, known as Summer by her friends, is tall and slight with striking green eyes and hip length, light auburn hair that she normally keeps swept out of her face in a variety of braids and other styles. She has a not insignificant number of tattoos, most of which are plants or floral tributes to people who have left a mark on her life in one way or another, even if they don’t know it — such as the viscaria flower on her inner ear for Holden, or the bumblebee on her collarbone for Bianca.

She’s the kind of beautiful that, she has been told, makes her seem almost inhuman — with Summer having been mistaken on multiple occasions for a fairy or vampire. Her perfume is a custom blend that reads most prominently of jasmine and irises.

Summer is a consummate workaholic and thus has thoroughly enmeshed herself in the workings of both the Agency’s LA Satellite Office and its global ambassadorial and security concerns. She leads Team Hotel, aka Team Sunforged or SFO, which handles land acquisition on behalf of the Agency and assists in disputes between supernatural groups. Her team was handpicked beginning early in her Agency career, and currently consists of Vicki, Deirdre, and Dr. Jade. The global hotel chain known as The Fox and Hound is Summer’s brainchild, one she was able to convince the Agency to take on as a resource after she was recruited — and which she still oversees as part of her day to day tasks.

When asked, Summer’s description of her career is deceptively bland — she is in the hospitality industry. As for Team Hotel, she describes their purpose in a similar fashion: hospitality, land acquisition, and contract negotiation.

A polyglot, Summer is constantly seeking to expand her knowledge base, which currently consists of nearly 20 languages in fluency — her range extending from Ancient Latin all the way to obscure flower languages, and everything in between. This fascination with linguistics nearly lead to her being designated a Cunning Linguist, but her mastery in the art of both the spoken and written word lead to her classification as a Wordsmith instead. She frequently moonlights for various teams and departments to assist in translation of new texts, or to ease inter-Agency communications.

If given her way, Summer would subsist on fruit and tea almost exclusively, and tends to lean vegetarian and as fresh as possible in her food preferences. She loves flowers and fills most of the spaces she inhabits with them, carefully curated by season. A hopeless romantic, Summer adores matchmaking, and successfully set up her friends Linda Beth and Samuel, which she considers one of her crowning achievements.

Summer was born in New York City to Beau Summers and Maebhe O’Donovan. Her parents divorced when she was young, with her mother moving back to her native Ireland soon after. As a result, Summer split her time as a child between Ireland and the US, and grew up speaking both French and Irish fluently. She has a younger half-sister, Saoirse O’Donovan, from her mother’s second marriage. While she’s on speaking terms with her mother and sister, Summer isn’t close with them — certainly not to the extent she’s close with her father Beau.

When Summer was 12, her favorite uncle Derek Summers disappeared following a fire at his summer home. The property was gifted to her, and on it she built the very first Fox and Hound Hotel, immediately bringing in her friend Storm MacTiernan to help run the business and keep it secured. Soon after she met Deirdre and her first husband, who rented the apartment just above the hotel.

After spending years searching, Summer got a lead that her Uncle Derek had been spending time with a local gang. When she still couldn’t find him, she began expanding her territory towards theirs in the hopes that she could either force them into the open or take over their business interests, and hopefully find her uncle. Tensions finally came to a head and Summer approached the leader of the gang directly on his own turf — and after a confusing confrontation found herself standing in her own living room with barely any memory of what had happened. It was then she was approached by the Agency, who said they could help her find her uncle and deal with what they informed her were vampires.

Summer was overjoyed when she discovered her friend Deirdre had also been recruited around the same time. The pair immediately began sorting out how to navigate the bureaucracy that is the Agency, and within months had successfully presented business plans to Sir both for Deirdre’s real estate business and Summer’s lofty ambitions for The Fox and Hound. Soon after, Summer secured her and Deirdre’s transfer to the L.A. Office, where she met Vicki and Dr. Jade, who she recruited along with their own teams into the powerhouse that is known as Team Hotel, or Team SFO.

Quickly after the transfer, Summer met and married Ingrid Rev — just as soon as she and Deidre puzzled out the formula to marrying a non-Agency supernatural. Summer has a pet fox named Finnegan, who she received as an engagement gift. Not designed for monogamy and in love with the concept of love itself, Summer continues to date and have sexual relationships within what her wife is comfortable with. She’s been with Jordan Cross for years, and after years of pining after him, has begun dating Holden. 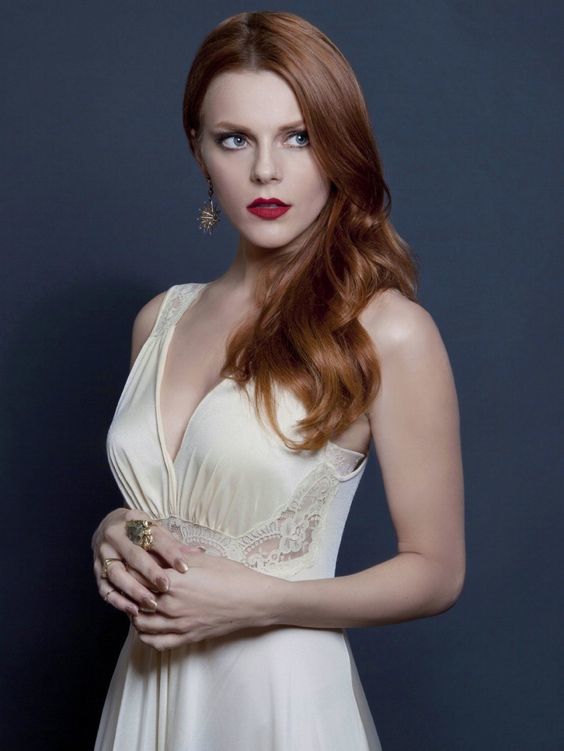